Yesterday I took part in the Coventry 2016 Skyride with my partner Joe and our friend Cait. Last year I happened to be meeting a friend in town on the day of the ride but I didn’t know much about it other than seeing lots of people wandering around in bright yellow cycling bibs. 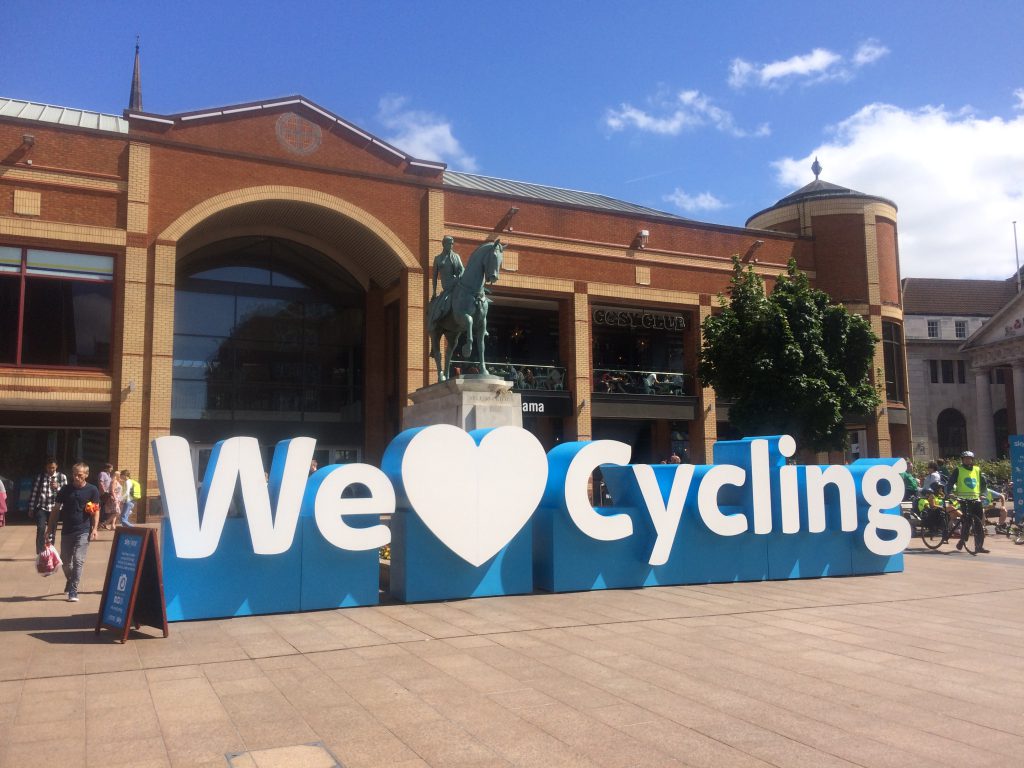 We really lucked out in terms of weather – blue skies, hardly any cloud but a decent amount of breeze while riding. I still didn’t manage to drink enough water though which left me feeling pretty dehydrated.

The route started at Broadgate in Coventry which is right in the centre of the city. From there, it took us round by the cathedral and some of the Coventry university buildings before leading out of the city centre to Fargo village where we had to dismount and walk through before hopping back on to cruise back into town (via a diversion through one of the Coventry university buildings which was one of my favourite parts) and then TO THE RING ROAD!

I think the idea of getting to ride around the entire ring road without having to avoid cars or be choked with fumes was part of the draw to this ride for me. As someone who doesn’t drive, I rarely go on the ring road at all so this was a chance for me to really explore the views of the city from up high.

Motor vehicles were still allowed to drive clockwise around the road, but the anti-clockwise side was given over to bikes only from 11am-3pm. There was a sprint section where people could check out their timings but I just focused on enjoying riding on such a clear wide surface. 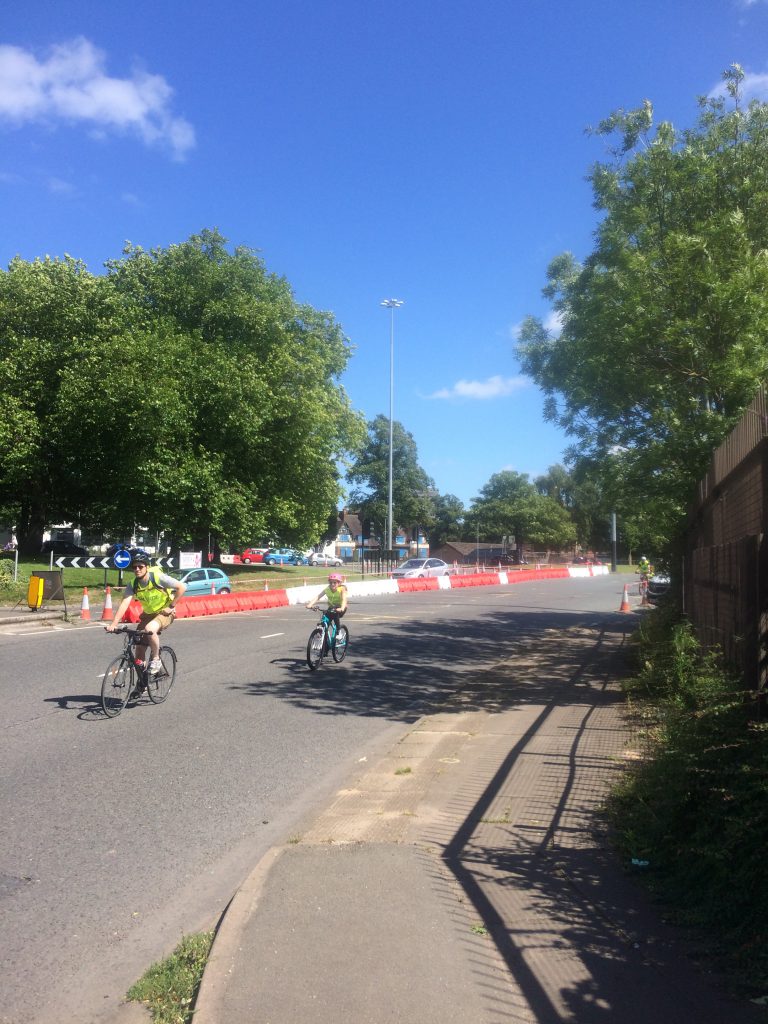 I don’t ride my bike very often so I was a little worried about getting round the course. In the end we rode around twice in total (although skipped the Fargo diversion the second time) I probably could have gone again but I was mindful that I needed to cycle/walk my bike home afterwards as well (and that that part of my journey started with a hill).

I haven’t ever been a fan of Sky and I think Rupert Murdoch is utter scum so I was a bit leery of attending an event that was so heavily “Sky” branded. Credit where credit is due though – the event was really well run, the signposting and marshalling were great. There were lots of other sponsors/partners too like Halfords (who pumped up both my slightly flat tyres for me before the ride) the local Council and British Cycling. I hope the council puts on some more things like this.

I liked how alternatives to different parts of the route were offered and it was great to see such a diverse crowd taking parts. There were lots of families with young kids riding, groups of teenagers, serious looking cyclist who zipped past me on the ring road with their proper gear and speedy bikes. I loved seeing so many different body sizes taking part too. I wasn’t made to feel too fat to ride or like it wasn’t an event that I wasn’t welcome at just because I wasn’t able to race around the course.

It is rumored to have been the last ride in Coventry of its kind but equally it may just be that it’s the last one under the current sponsorship. I’m really glad I did it because it showed me a different perspective of the city I’ve called home for almost 5 years. If it does happen again, I’ll be there! 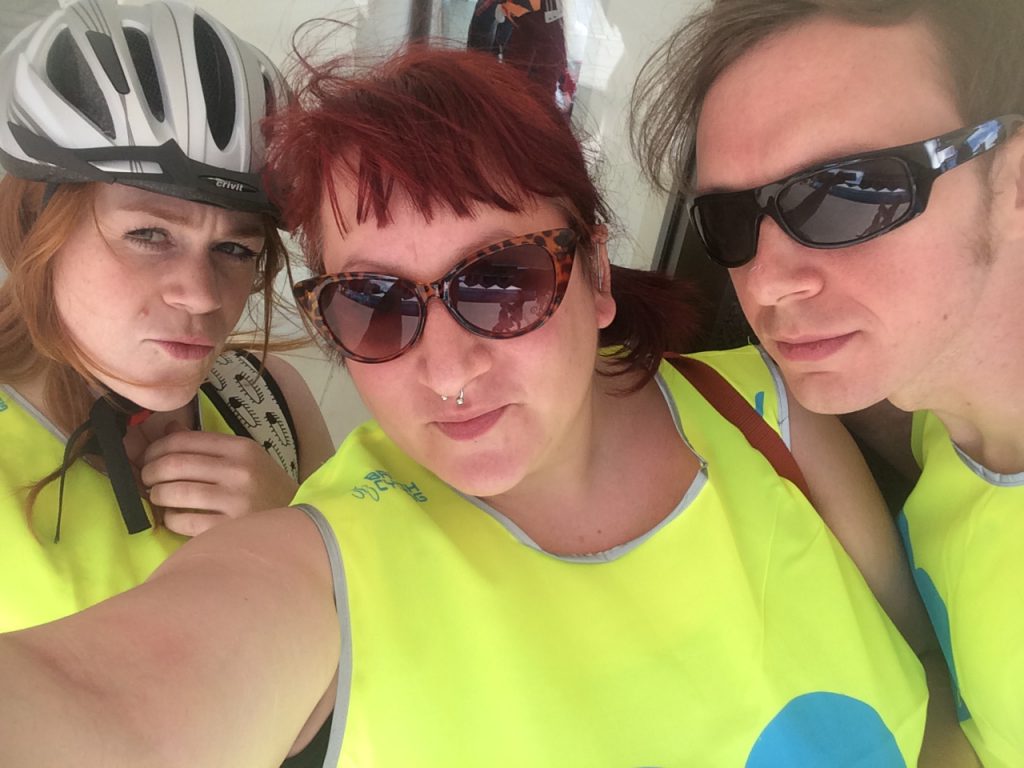