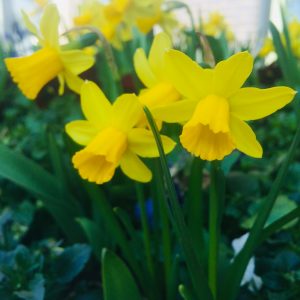 Wow, I can’t quite believe I have done 50 of these posts. I’ve never really kept up a public blog for this long before. I took today off of work so it’s felt like a mine mid week(ish) break for me. The majority of the posts I have written are these TTT ones which has been a good exercise in itself in gratitude and reflection. It make me happy to look back over that tag and remember things 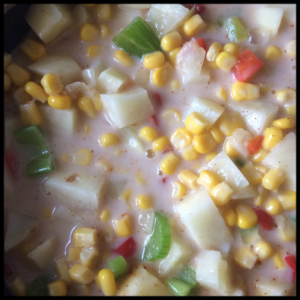 I read a book in bed (this one) before getting up, making myself some fresh coffee and pancakes. I then pottered around the house, playing Stardew Valley, listening to music, washing up and then made a huge pan of sweetcorn chowder (recipe is from #2 of Grub zine) 1. I went one a day trip on Saturday with some friends to the Cotswold Farm Park to see their baby animals. We got to bottle feed some of the lambs as well as feed some sheep, goats, horses. I also got to see some piglets but sadly didn’t get close enough to cuddle one (a long time goal that still remains unfulfilled.) The little guy pictured here was called Bear and was an orphan but he seemed to be doing well and at one point he made a bid for freedom and was frolicking around the barn on his own.

2. I got this very exciting envelope through the post yesterday – it’s the first mailing of Cryptogram Puzzle Post by the very talented Jack Fallows. I’m pretty rusty at puzzle solving so I think I need to spend some quality time with this envelope and its contents at the weekend.

I had my first drumming lesson tonight. Turns out that I sadly don’t have an amazing skills that were just waiting to come out when I sat down. However I could see myself gradually improve over the course of the lesson which was pleasing. I struggle with learning new things a lot and its hard sometimes for me to motivate myself to practice and try when I don’t see any improvement. I need to keep reminding myself that I am doing these things for fun because I can take it too seriously.

It looks like there is going to be a new Moomin TV series and it looks really wonderful. You can help crowdfund it here and get all sorts of nice looking rewards or just get excited about seeing it when its out if you don’t want to contribute.

Now my bed and another book is calling. Till next time…