I haven’t been in the mood to write here on a Tuesday for a few weeks (in fact, looking at the calendar, I didn’t post at all in March). I think because I had been attending my evening class and we had tests to study for so I was a little reticent to cut into my studying/panicking time with writing here. Class has now finished and I’m waiting to see if they are going to run one for the summer term (which will be a refresher course rather than covering much new stuff).

I’ve got so much out of taking these classes even if I didn’t actually “succeed” in the sense of passing the certificate. I can now read hiragana pretty well and I’m taking baby steps towards learning katakana ready for my trip later in the year. I would say that I know at least 100 words or phrases which is about 95 more than I knew before I started the class! Plus it’s really increased my confidence in the sense that I am able to set out and do what I planned to.

and that leads me to the exciting news that…I’VE BOOKED MY FLIGHTS! I’ll be taking a solo trip to Tokyo for 11 nights in October. It actually feels real now that I have booked and I’m starting to make many, many lists of things to do and places to visit. 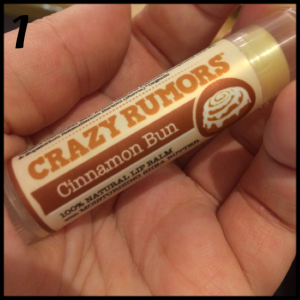 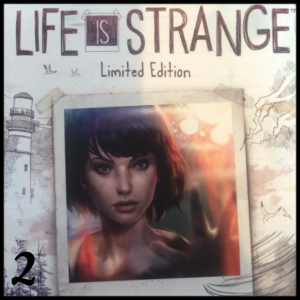 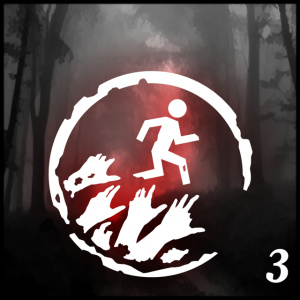 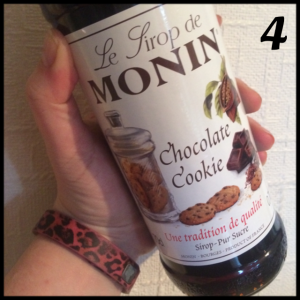 1. I did an order from iHerb a few weeks ago for the first time. One of the things I was excited to get was this lip balm. I have a lot of other crazy rumors balms as they are sold in Holland and Barrett in the UK but they don’t stock this flavour. It’s so good! just like cinnamon rolls with frosting.

2. Life is Strange – I have been re-playing some of my old favourite games recently rather than looking at anything new but then at the weekend – this arrived! I haven’t played much of it yet but it’s an interesting premise and so far I like what I have seen in terms of the application of it. From what I’ve seen so far, it’s not a typical action game – more like an immersive story similar to Gone Home (which I also enjoyed) – I love being able to read through diary entries and look at all the things you encounter in the environment.

3. Zombies, run! – Speaking of games, I got a new phone a few weeks ago and for the first time in years – I actually have some spare space of it. This means I’ve re-installed this game and gone out for some walks while playing it. So far, I’m re-listening to episodes that I have heard before to catch up on the story but I’m looking forward to hearing more.

4. I had a mini bottle of this Chocolate cookie syrup in a gift set a while ago but decided to treat myself to a full size bottle for when I am drinking coffee at home. The other benefit is that I can have fancy coffee at home when I feel like doing that instead of going out to get it.

Ah, I can’t believe this is only the second one of these that I’ve written in November. It’s been a month full of germs, blankets and hibernating for me. For this post my photos really reach a new low because it’s pretty dark in here and I’m feeling wahy to lazy to try and get good shots of these things. Sorry, but not really because who really gives a crap about the quality of pics on here. No-one. 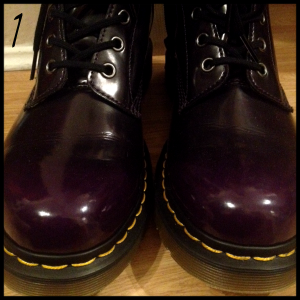 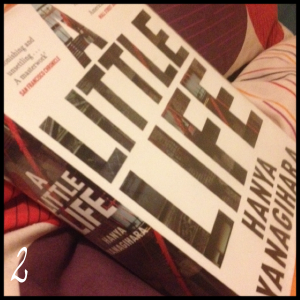 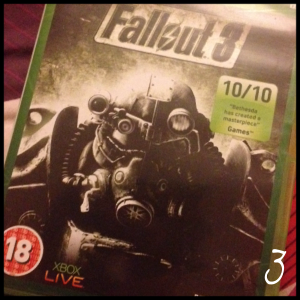 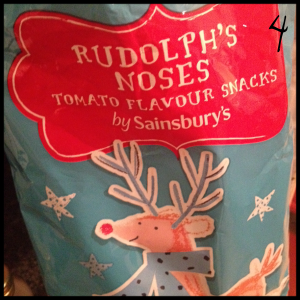 1. New boots! I finally decided it was time to stop shelling out for new boots every winter that would fall apart by spring and reverted back to my 13 year old self and brought these beautiful vegan purple Doc Martens (they were in the sale too as an added bonus). You can’t see on the photo but they are 14 hole ones. I’ve just ordered some ribbon laces to pretty them up with. It’s taken me a few weeks of wearing them at home to ease them up a bit but I’m now ready to unleash them into the world.

2. A little life – I got this absolute brick of a book out of the library on Friday after hearing a few friends rave about it. I knew it was going to be a bit of a tough emotional journey but I don’t think I quite expected it to be this tough. That said, it was beautifully written and something I have been thinking about on and off since I finished it. It did feel like a perfect winter book to curl up with. I have a feeling parts of this story are going to keep coming back to me. I also really enjoyed finding this instagram inspired by the book that the author and another person maintains.

3. One of the advantages of not having a next gen console is that I can pick up very playable and engrossing games for under a tenner (or in a lot of cases, under £5) I’m currently playing Fallout 3 as seemingly the rest of the world is playing the newly released 4th game. It feels like such good value because I’ll get 30+ hours of entertainment out of this game so it’s defintely helping me to save some cash! I’m finding it a pretty relaxing way to spend time when I get home from work, wandering around the post apolcalyptic wasteland, scavenging for items and fighting other dwellers.

4. New vegan friendly snack alert! Found these in Sainsburys tonight in the Christmas section. They taste just like I remember tangy toms crisps tasting like from when I was a kid. Have had to stop myself eating the whole bag as I have a takeaway being delivered soon (ah pay day luxury!)

and on a final note, I stumbled across Kimya Dawson’s beautiful cover of “Game Shows touch our lives” on the Tallahassee turns ten album. If it wont play on that website, you can hear it here as well.

I didn’t post last week cos I felt pretty burnt out after work. It’s a busy time of year to work in a university. This week I am struggling with my mental health so I’m very much focussing on the little things that are keeping me going (like listening to this new song by Martha on repeat). I’m planning a quiet, stay at home kind of week so I can recover and hopefully get some energy back. 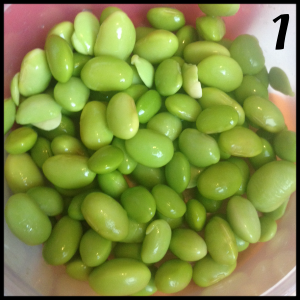 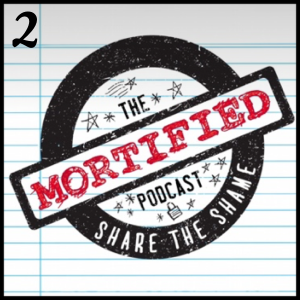 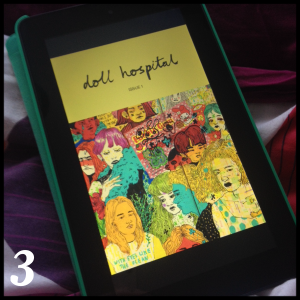 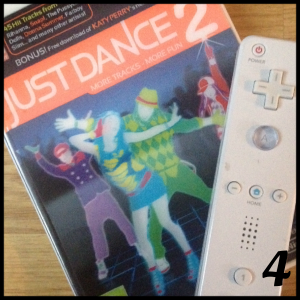 1. My new favourite snack! Edamame (or soya) beans. I brought these frozen from Tesco, left a portion to defrost overnight in the freezer and then added a tiny pinch of sea salt. So good! (I love them in the pods too but I can’t seem to find any locally)

2. A few months ago I watched a documentary on Netflix called Mortified Nation. I didn’t know what to expect of it from the description (adults getting up on stage and sharing their teenage diaries) but it was a really affirming and funny documentary. Fast forward to last week and one of my line managers mentioned the podcast to me. I had no idea that the people involved had done anything beyond the film so this was a nice surprise. Each podcast focuses on one person and excerpts from their journals read aloud at one of the live mortified stage events, plus there is a follow up interview with that person. They are a good mix of funny, sad, affirming and cringe worthy!

3. I’ve always been on the side of real books over e-books but I finally brought a kindle last week. So far – I love it! I’ve been using it mainly to read comics (such as Phonogram and The Wicked + The Divine) Its definitely made me want to keep a closer eye on Humble Bundle’s book section. Featured in the picture is Doll Hospital which is an excellent art and literature journal about mental health. I missed out on getting a physical copy but now I feel like I can get cosy under blankets and curl up with m digital copy.

4. I’ve been playing Just Dance 1&2 on the wii over the last few weeks as a way to get some exercise without having to leave the house. It’s a lot of fun and after about 3 songs, I am usually sweating quite a lot so it must be doing something (even aside from my lack of coordination and inability to stick to the moves)

I’m so tired. I worked 6 days last week and averaged about 15,000 steps each day (7.5 miles) I just feel like I could spent a week sleeping. I’m glad we have a long weekend coming up even though I have a far few things planned for the weekend. 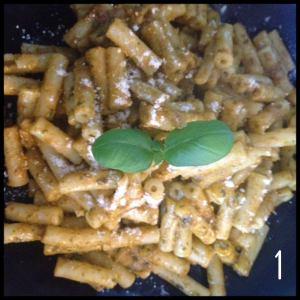 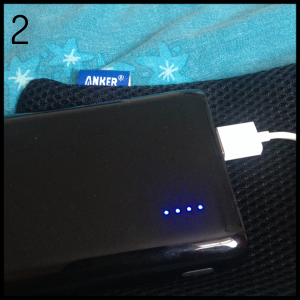 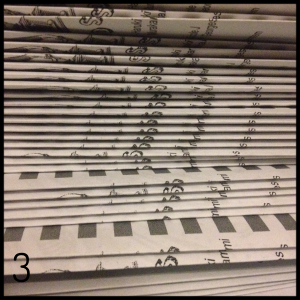 1. I’ve been really into making my own pesto lately. Vegan pesto tends to come only in one type – plain basil. I made some roasted red pepper pesto the other night by blending the peppers with pine nuts, basil, olive oil, salt and pepper. It went a lot further than I expected and wasn’t too expensive to make aside from the pine nuts but I probably went slightly OTT with them. I blended all the ingredients with a stick blender until it was smooth and enjoyed it over pasta with some vegan Parmesan cheese.

2. With my ever growing love of GPS based games – I needed a portable power supply that lasted a decent amount of time. Last week I went to my first Ingress meet up and found out about the wonder of Anker batteries. I got myself am Anker 2nd Gen Astro E6 and it’s very impressive. It takes a few hours to charge but then gives me more than enough power to charge my phone (iphone 4s) a few times over before running out. It’s much more powerful than other portable batteries I have had which only really gave given enough juice to half charge my phone and are good for an emergency but not really for gaming or being out for the whole day.

My Anker was reasonably priced (around £30) and came with it’s own storage pouch and a charging lead (but not USB socket). I love how it has 3 USB ports on it, so I can share it with other when I am out. I think its going to be a “must carry” piece of kit for me.

3. I spent this evening watching The Office (US) on Netflix and folding and cutting copies of my past zines to take along to North West Zine Fest at the end of the month. Who else is going? It should be a really good day with tons of my favorite people.

I’m hoping to have issues 2, 3 and 4 of ellipsis on my stall as well as my new zine about small acts of rebellion (which I really hope I can finish, copy and debut) and some felt brooches. I just need a few more hours in each day to do all of this.

On that note, sleep time for me.